As per my previous posts on England’s future (http://wp.me/p27nBU-6Y and http://wp.me/p27nBU-7i) in the Goalkeeping department, the future does look bright, especially at Christmas time, with this short video from the FA showing the U21 Goalkeepers in action.

And now for something completely different

No nothing to do with Monty Python… But the last 2 weeks at the Worcester Goalkeeper Academy.

Week 14 was all about movement, with Terry Hughes (www.sportdancer.co.uk). No Goalkeeper diving drills this week, just lots of fun exercises, to get the Goalkeepers think about how they can move more efficiently as a Goalkeeper, so that they may quickly react and get to a ball quicker. With athletic exercises that really made you work, working muscles you didn’t know you had. One parent commented that night that it didn’t look like we did that much and then the following week fedback to me that his lad knew he had had a good work out the night before, as his muscles were aching the next day! It just goes to show that normally, our goalkeeper exercises promote development of technique and the exercise we do, even though exerting, may only exercise a proportion of the muscles of the human body. Even through fitness workouts and SAQ, we may not cover all. So this week’s exercise was a real eye-opener of other exercises that we can incorporate, to promote further development of our Goalkeepers, allowing us Coaches to harness new techniques to give the Goalkeepers that added advantage, promoting better agility, speed and movement. Making Goalkeepers better athletes. 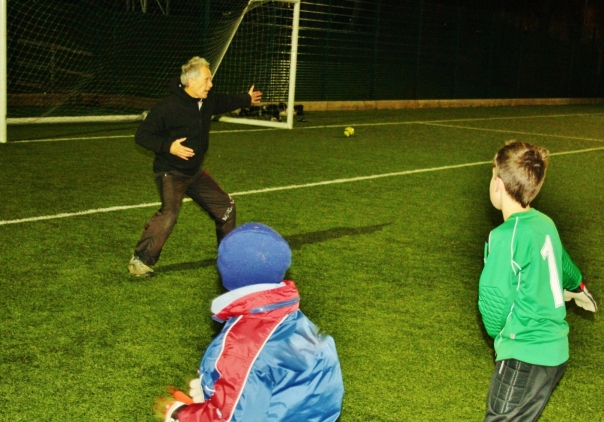 So after a week of exercise, it was time in Week 15 for a bit of fun, led by our Senior Goalkeeper Coach, Bernard Day. This week had a Christmas theme and although it seemed to the Goalkeeper as a bit of fun and games it actually promoted good technique, with games to promote handling and diving at feet. Oh yes and with matches with team in the lead wearing the Santa hats… The lead changed so many times, so the opposing teams had many occasions to keep pinching the hats of the opposition… Much to the delight of my two girls, who made sure that they pinched the hat of their Sister at the earliest opportunity – sibling rivalry at it’s best.

So 2 weeks of fun… but in essence 2 weeks we still found ways to develop the Goalkeepers further. Let’s face it, it is far easier to learn something if you are having fun and of course it puts a smile on not only the Goalkeeper’s faces, but us Coaches too! No Bah Humbugs here! 😉

At the start of the season, Aston Villa’s number 1 was Shay Given. Let’s face it with Shay’s track record in goal who could blame the Villa as he has had a phenomenal career, someone that many of us Goalkeepers and Goalkeeper Coaches admire.

However only 3 matches in Villa took the decision to start with Brad Guzan in goal. Someone I felt after watching in a cup match at the Villa was no match for Shay… Fast forward 15 matches and he is still in goal and now proving me wrong. At the rate he is going he is likely to pick up my end of season award for busiest keeper as in the 2 of the last 3 matches alone he has had to cope with (from BBC stats) a ridiculous amount of shots on target (29 in total!!!). And keeping the scoreline low (only 2 goals conceded over these matches). 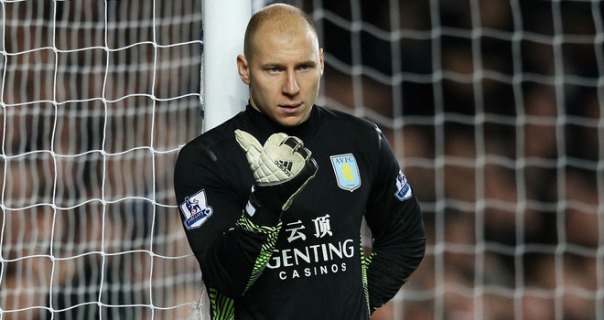 In his last match at Liverpool he had to cope with 17 shots on target (!) and only conceded the 1 goal whilst watching Pepe Reina have only 6 shots on goal, but conceding 3. (Match report: http://www.bbc.co.uk/sport/0/football/20650106)

I take my (Santa) hat off to you Brad for continuing to prove me wrong and prove you are a match for Shay. Long may your fine displays continue! I think you deserve a big Christmas drink! 😉

Is the future of Goalkeeping going down the pan?

We have seen some strange and wonderful goalkeeping in our time, from the wobbly legs of Bruce Grobbelaar to the scorpion kick of Rene Higuita, but when it comes to strange, there is nothing stranger than putting a toilet in the goal… and then watch as it produces saves effortlessly… Forget goal-line technology, is toilet technology the future? 😉

Check this out and decide for yourself: