So after 2 more terms in 2018/19 our Academy closed its doors on another successful season… we will of course return in September to help more Goalkeepers!

At the end of Friday’s session, as is tradition, we had some fun and games… followed by prizes and more importantly awards. These awards were to give recognition to our Goalkeepers for their efforts this season. They al received a medal, however there was also 4 special awards given out to very worthy winners, as nominated by our coaches. Big congratulations go to all…see below for full details. 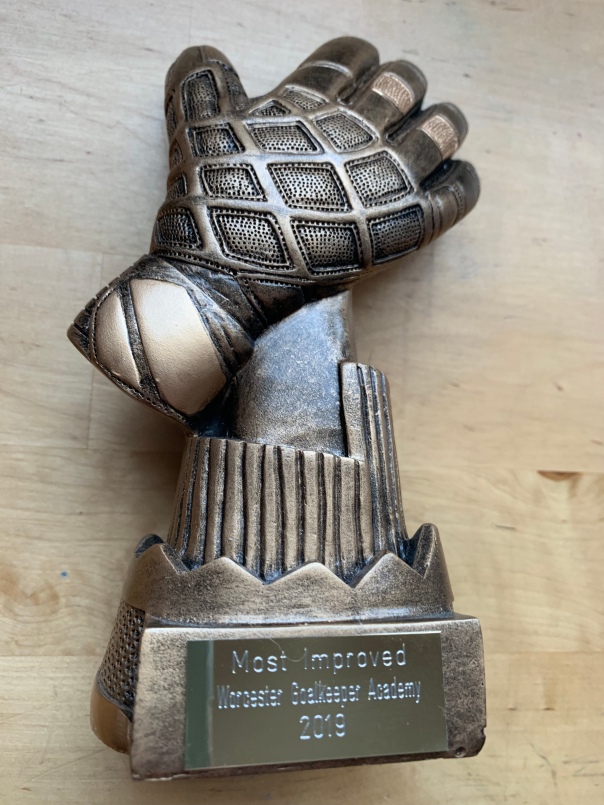 He has really matured into a good keeper in this group. I think he went through a bit of a confidence crisis early on in the year, however, we discussed his match performance and he pulled out some really good saves especially in the latter part of the year.

He is always up for his turn in goal and wants to show his prowess. His handling has got way better (some gentle reminders about technique here have helped!) and so have his kicks.

He has improved significantly, he has started to display an ability to consistently perform technically sound GK actions and if he carries on, he will definitely earn himself a place in a higher group. However, his listening skill could improve.

He has improved in more of an all round sense, not just in technical aspect. Improved in confidence, maturity and now gives pointers to other, younger/new keepers. Always tried to ask relevant questions and tried to give worthwhile examples. Good on debriefed as well.

He is a cheeky chap at times and loves to have a laugh. But he has improved massively. Going up to the middle group has increased his confidence, as he is eager to learn and impresses all the coaches. 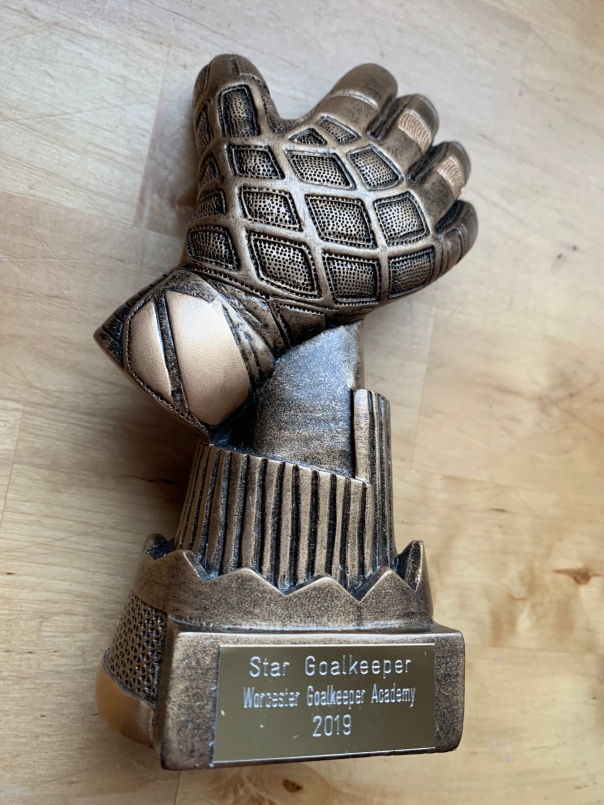 She is so determined to improve that she videos herself to reflect and learn from her training performance (although it often means we trip over her camera!). When paired with George, Leah jumps higher and often makes some extremely intuitive saves from his powerful shots.

An absolute professional and someone who is a great role model for all our others keepers. She is a perfectionist and is always open to advice or even watching back her own performances to understand how she do it better. She has a great work ethic, and totally dedicated, you never see her disinterested or critical of others. She is instead motivating to others and none more so when she was happy to help our youngsters when we were short on coaches.

As soon as he started every coach commented on that he already looked like a good keeper, from the skills he demonstrated. But add to this his attitude to learning, and not messing about, showed he meant business, wanting to learn and improve further. This was the reason we felt that he should step up last week to work with the older keepers – he didn’t disappoint and fitted in immediately. Just goes to show what a huge potential he is!

He has demonstrated a complete understanding of what we as coaches are trying to achieve, that is improving GK performance. He has taken this and implemented it into his game indefinitely, he has shown excellent progression and I have no doubt that he will improve even further as he develops.

He is a hard working and determined goalkeeper. He turns up week in, week out and is eager to learn. Putting everything he has learned into practice. He shows great commitment as he puts 100% into every session.